Discover Antwerp through the eyes of the Expat community.

Skip to content
Press Enter / Return to begin your search.

Who lives in the city center, cross the Stadsfeestzaal almost daily: buying something to eat in Delhaize or in the small sushi shop right under the escalator, visiting Action, Tiger, etc. And no doubt: the Stadsfeestzaal is one of the eyecatcher for the tourist as well. After all, they do not define themselves: het mooiste shopping center in Europa? But how many Antwerpenaren know the origin and the story of this goldish edifice?

The neoclassical building was inaugurated on 8 February 1908, following the project of Alexis Van Mechelen, architect. Van Mechelen put his signature on other constructions in the city. The Vlaamse Opera for example. But I’m digressing. So, during the Grand Opening, a classic music concert took place in the wide hall. And as you can easily guess from the name, for decades the Stadsfeestzaal hosted art exhibitions, fairs, motor shows, Sinterklaas visits, gatherings and events organized by the City council. All in all: a multi-purpose center. And one of the most famous halls in Belgium. And in 1983 the building was classified as a protected monument. 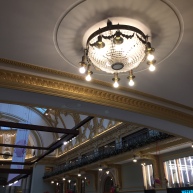 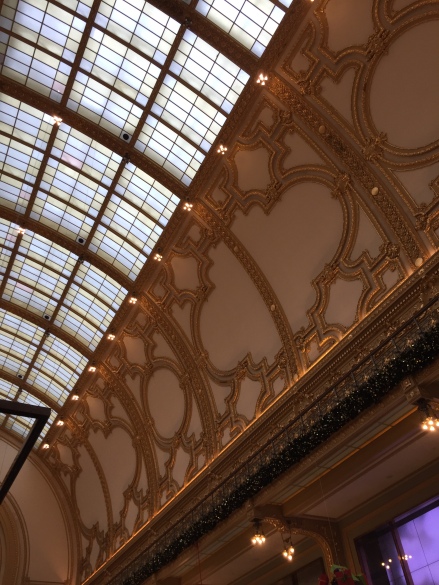 Published by The Von

Master in journalism and Team Leader in an American company. In my leisure time I study the gems of Antwerpen and I organize tours of the city. I love the American literature but I think all the books of the world do not have the same value of a dark Carolus with a friend. Probably I'm a genius but nobody knows it but me. View all posts by The Von